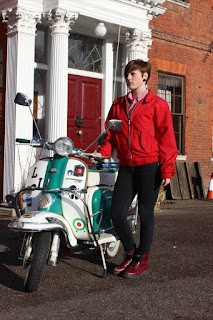 JC's series on the singles of the Clash has come to an end today with the band's final single, This Is England  released in 1983, This Is England and I thought as a companion piece I would post the dubbed up cover version courtesy of Dub Spencer and Trance Hill . This comes from an interesting album of Clash covers, "The CLASHification of Dub" from the Swiss band that Stiff got me for my Christmas last year which is well worth checking out

Dub Spencer and Trance Hill - This Is England
Posted by drew at 09:47

It's a very fine dub-version. I posted some songs from them over at my page and I have to agree that they are worth to check them out.

Indeed, well worth a listen.

It's better than the real thing Drew.