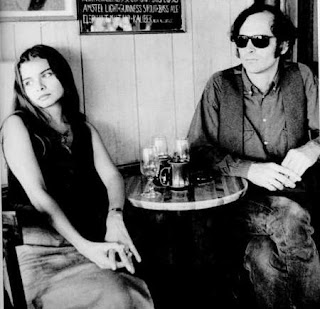 Here's something that won't cheer you up on this bitterly cold Saturday, of that you can be assured.

It is however in it's own morose way a rather beautiful song which might or might not be about Hope Sandoval's deteriorating relationship with William  Reid with whom she was living at the time.

I'm sure this must have been used to soundtrack some angst ridden scene about  teenage vampires not fitting in with their peers or some such pish in that Twilight thing.  If not they missed a trick as this song and band tick all the goth boxes.

do own the LP on vinyl, but lovely to hear this again, think it was unquestionably the track that got me into them.

Simple and yet so beautiful.

Conceptually, though, wasn't that a great couple, William and Hope? I mean, really.

William - I think a car crash waiting to happen.

Drew - no, agreed, a desperately sad and beautiful kind of way. As with the album's opening track 'Fage Into You.'

or 'fade into you' even!