Tune Of The Summer 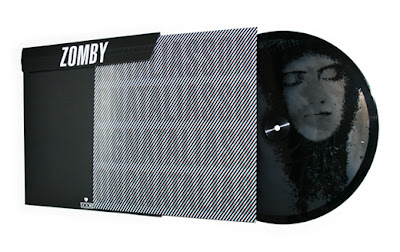 I thought I had the tune to accompany my summer when I first heard Jamie xx's single Far Nearer released on the Glasgow based Numbers label earlier this year what with the steel drums and overall happy vibe it was almost perfect. That was until I heard Natalie's Song by Zomby.

It was released in May on 4AD as a single sided 10 inch single with no expense spared on the packaging as the single is laser etched on one side, housed within a weird 3-D inner sleeve and a matt black outer sleeve which is virtually impossible to open without damaging.

The track is just beautiful, it has a bit of a Burial feel about it and samples a Russian pop song by Irina Dubtzova, the winner of  Star Factory, Russia's equivalent of the X-Factor apparently. It is also present on Zomby's second album which was released last week and by all accounts is well worth purchasing.

Will be there or there abouts when it comes to tunes of the year.

Email ThisBlogThis!Share to TwitterShare to FacebookShare to Pinterest
Labels: tune of the summer, Zomby

Very Burial - not that that is a bad thing. One for the small hours.

Hope you get to Lattitude.

Enjoy Latitude. Didn't enjoy the track though, and I do like a bit of Burial.