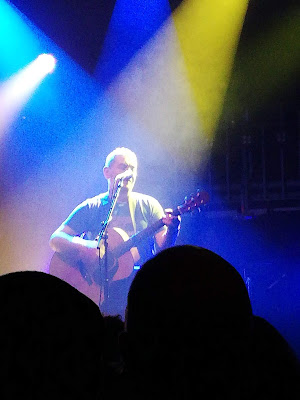 I went to see Mick Head last Thursday at Summerhall in Edinburgh and he did not disappoint, although I did feel that he was rather nervous for the first couple of tracks. A great mixture of old and new tracks and when I heard Reach I was a bit gobsmacked as I was not expecting that and it sounded absolutely wonderful. The new material sounded really good too, so I now have even higher expectations for the next album.Streets of Kenny was another highlight of the night, in fact they were all highlights and of course Comedy to set us on our way as the final track of the night,  with JC and I racing out of the venue just as the song finished in order for me to get him to Haymarket to catch his train back to Glasgow.

Love this. It was actually Trigger Happy TV which alerted me again, I did forget the tune.

It is still a goal of mine to see Mick Head perform live. Streets of Kenny is a song which just blossoms from a single bud into a bouquet of blooms. Mick is a songwriter that rivals all of the pop era songwriters that anyone can mention.