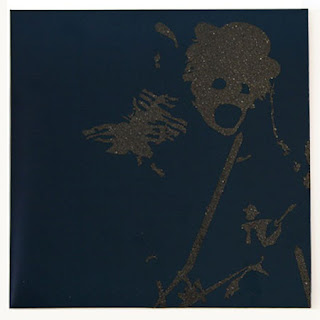 The only word for this is wonderful. I was fortunate enough to get a copy of the this limited Vinyl Factory release and at the time there was quite a backlash that this was released in such a limited number but these days 1000 copies is actually not that limited a run compared to some of the releases that SA and me were discussing on Thursday night over a few pints. I do love everything about this record from the 3D designed cover to the reassuringly heavy vinyl. There are a few comments on Discogs regarding the quality of the pressing but as far as my ears are concerned it sounds perfectly fine exactly what you would expect Massive Attack mixed by Burial to sound like.

There were rumours that Burial had remixed the whole of the Heligoland album  which was to get a full release which had me salivating at the time but alas it has never surfaced.

Massive Attack vs Burial - Paradise Circus
Posted by drew at 08:00

This is terrific Drew. Never heard it before and I am sure you had a great time with Adam talking about this. Thanks for this gift.

Like Walter, I've never heard this before. It's absolutely breathtaking. Thanks for sharing it Drew.