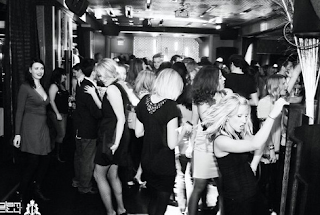 A bit later than usual and with a track that has been posted before, sorry. But in my defence it was nearly six years ago and it is a belter and worth another airing.

Greg Wilson is renowned for his edits and for me this along with his extended Voodoo Ray is his best. On this Wilson takes two already re-edited tracks, one a mash up of Massive Attack's Unfinished Sympathy and Amerie's 1Thing and the other a mash up of 1Thing and Sympathy For The Devil splices them together and creates a monster of a track which is virtually impossible not to dance to.

Last week's pitiful performance by Airdrie was enough but having to listen to JC relate how well Raith Rovers were to his mate Aldo over the phone as I was driving us all, including Walter back to Lanark was nearly too much. Let's hope that the Diamonds can do better tomorrow when they take on Dumbarton away, for the third time this season. They won the last encounter two weeks ago comfortably but the team that came out at Starks Park last week was the exact same team the performance was back to something akin to dire showings of earlier in the season, so god knows what will be on show tomorrow.

Greg Wilson - Two Sides of Sympathy
Posted by drew at 17:13

Aaah, I can well imagine this drive: JC bragging on the mobile in the front, Walter smiling sheepishly in the back and you giving a good silent rant to yourself with your hands pressing the steering wheel … priceless!

JC had to sit in the back, Leo would not give up his pitch in the front. But other than that pretty much, although I had to point out the amount of time wasting that Raith Rovers got up to

Just got caught up on today's results. 90th minute! Had to be frustrating.

I paid the price for the gloating with a shambolic performance and result the following Saturday up at Montrose.

Having said that, we were immense last Saturday at Arbroath (where our gaolie got booked for time wasting at which point I burst out laughing and wished you were standing next to me!!!)