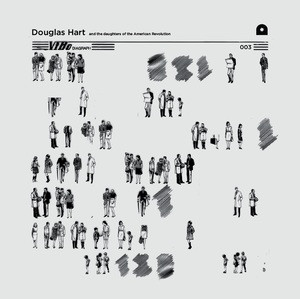 With all this talk of a new Jesus and Mary Chain album and tour next year I was reminded of swithering and missing out on the best thing that any meber of x member of the band had done in the past ten years and it wasn't a Reid brother. In 2013 Douglas Hart released his first solo single and I hesitated a bit too long and all 250 copies had vanished which was a bit of a bugger then a month or so ago I heard that he had released another record. Again I was too fucking late!

I was at gig the other week and when I popped outside for a fag I held the door open for the bloke behind me. He looked somehow familiar and I realised a few minutes later it was the one and only Douglas Hart. He's a pretty snappy dresser.

Was unaware of this single and I like it a lot. Thanks Drew.

Artog, he is still a pretty cool guy. There is a good interview with him and Zoe Howe on You Tube talking about the Mary Vhain to Jon Robb o