I've Come To Save You 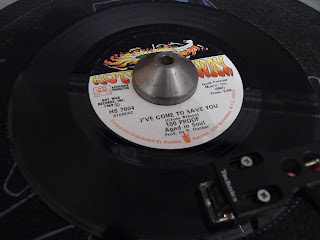 Today's bit of soul is a bit different from usual, in that it was a million selling record and not some obscure hardly known song, well the a-side was but that's not what's going to feature here. Bizarrely I had never heard of 100 Proof Aged In Soul before I picked this single up for a quid in a charity shop. I bought it because it was on Detroit label Hot Wax. This was the label that Holland-Dozier-Holland set up when they left Motown in 1968. They in fact put together 100 Proof Aged In Soul and Somebody's Been Sleeping was the first of a string of hits for the band.When I first played the single I was a tad disappointed, it's a perfectly functional piece of funk but not really my bag. The fact that it cost me a pound meant that I wasn't too perturbed and when I flipped it over I was pleasantly surprised by what I found, it's a cracker of a soul ballad with a very strong lead vocal.

Great song and history lesson too. Didn't know about Hot Wax. I read up a bit. Not quite the track record of their time at Motown, eh?