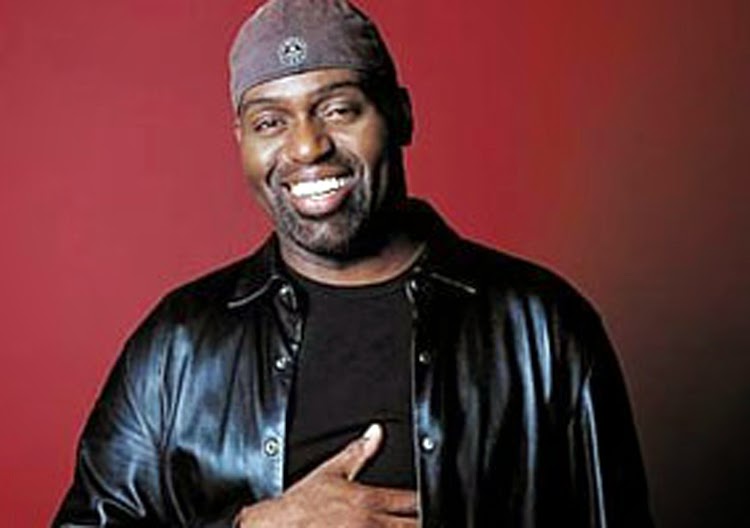 My wander through some of the finer moments of the Guerilla back catalogue will have to be put back another week. After the terrible news of the untimely death of one of the founding fathers of a genre of music that changed my life and that of millions of others it was only fitting that I pay tribute on a Friday.

You can find obituaries to the musical pioneer Frankie Knuckles all over the net from the Guardian to the Economist websites and I don't really want to rehash other peoples words. All I would add is that his productions and remixes have given me a lot of pleasure over the years, stirred my emotions as much as some the greatest soul sides and without the aid of chemical stimulants. Also from reading the obits and also the post by Echorich on his blog that until he mentioned it in a comment at SA's bit I was totally oblivious to, Knuckles seems to have been an all round nice guy into the bargain.

My big problem is picking something to post, Your Love and Tears are too obvious and will have been posted all over the web and most of the other 12" singles I posses have yet to be ripped to the computer. So I decided to go for one of his remixes which was kind of obvious because if anybody could make a good track into something really special it was Knuckles and if anyone had the ability to make a silk purse out of a sow's ear it was him, well him and Weatherall but in completely different ways. My initial thought was his Def mix of Change by Lisa Stansfield which I was sure that I had but cannot find at the moment. Then it was going to be his mix of Let No Man Put Asunder until I remembered the brilliant mix of Fire Island's cover of Shout It To The Top. So I played both and couldn't decide between them and as a result you have two classic mixes from the man to listen to.

Rest easy Frankie in the knowledge that not only did you give pleasure to millions of people but you were also responsible in a large part,  for a skinny, white,  lower middle class Scots boy's conversion to and worship of house music.

Yours, SA's and Echorich's have been all fitting tributes to the life and work of a man who shaped quite a lot of the music we listen to today. Thanks for the music.

I can't find better words than Luca. Thank's for the music - we'll miss him. May he rest in peache

Great choices Drew! That Shout It To The Top remix used to get the crowd going at The Roxy in NYC. The amazing legacy of Frankie Knuckles is that he was still putting out brilliant mixes to this day. That Hercules and Love Affair mix of Blind is simply amazing and his Director's Cut series with Eric Kupper always provided a great vibe.

Echorich - The DC mix of Nicki Richards Summer Breeze was one I was looking for and was sure I had but cannot find!