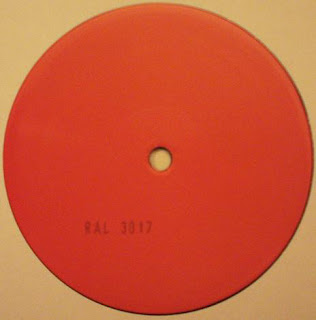 I was quite taken by the Boulevard Series of 12" eps released by Ludovic Navarre a.k.a. St Germain when they were released in 1995, those long, jazzy deep house tunes were just the thing at the time but by the time the album Tourist was released in 2000, I had moved on and although I had not forgotten about St Germain he wasn't on my radar and I guess it was maybe a year or so later that I was introduced to the brilliant Rose Rouge by my pal Colin. In 2007 a snide white label was released with two more strung out, longer re-edits of the track were released which are extremely hypnotic and the Marlene Shaw sample from the original bores its way into your brain and stays there for days and will be thrust to the front of your mind at strange times, well if you're anything like me that is. I have plumped for the b-side bit the flip is nearly as good.

A further more dancefloor, trumpet laden edit was released in 2017 which is also worth seeking out and may be featured here in sometime in the future if I don't forget.

Very enjoyable - please don't forget the other one :)