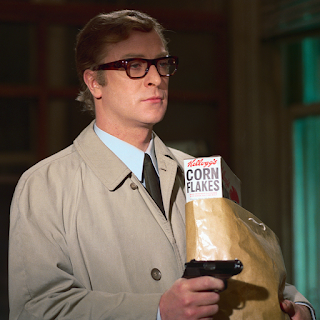 I was listening to a rather good radio dramatization of the Ipcress File on Radio 4 Extra the other day which and I realised that although I have seen the film many times and read the follow-up, Funeral In Berlin I have never read The Ipcress File which when I think of it is rather strange. I went through a period in my middle teens when I was obsessed with all of this espionage type stuff and consumed all of the John Le Carre and the like I could find.

This particular radio adaptation used snippets of the excellent John Barry soundtrack throughout which had me scouring the cd shelves for the soundtrack which still cannot be found not sure where it's gotten to. So I dug out Life In Mono by Mono which was released in 1996 and samples BArry's soundtrack to great effect. This 12" single came out with a raft of remixes including 2 very good efforts by The Propellerheads who were very much mining the seams of spooks and espionage at the time. But for me the original is the best.

Interesting fact, in the original Len Deighton books the main protagonist is never named, apparently Michael Caine came up with the name Harry Palmer when having lunch those Christian name was adopted and the Palmer part came from a boy Caine knew from school who he thought to be the most boring person there.

I love the Harry Palmer films, but I've only ever read The Ipcress Files. The style and music of those movies are just classic.

I too was a Le Carre fan years ago. Loved the shadowy atmosphere in all his early novels. After a good few years off I have been buying all his recent books when I see them in charity shops. reading Fiction had not been a thing for me for a while but now I'm retired I have started again. This is food for thought - need to expand the authors I look out for. Len Deighton a possibility.