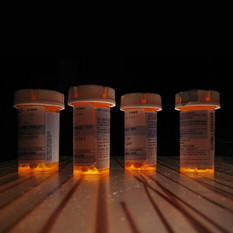 I think that today's cover is an interesting one and to be honest that I didn't realise was a cover if I'm honest, although the title was familiar.  Deep Hit Of Morning Sun was the opening on Primal Scream's 2002 album Evil Heat, not an album that I have listened to that often. In it's original form it is a trippy. psychy track with pretty rubbish lyrics. Dulli's version in his Gutter Twins guise with Mark Lanegan gives it the more straightforward rock treatment which I think works better but it is not outstanding or essential by any means. It was released as part of the Adorata digital only ep which consists of 7 covers and one original. The pick of the bunch is the Lanegan sung version of Duchess, penned by Scott Walker.

To be honest, you could count me in even if Lanegan was just singing the phone book. 'Duchess' is particularly good though.